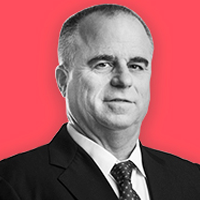 ﻿Ronen Givon is the CEO of Wipro Aerospace. He is the youngest son of Ruth and Haim Givon who founded the company more than 40 years ago. He practically grew up on the production floor and joined the company in the early 90s. He has been the CEO since 2006. Together with his father, Ronen grew the company to be Israel's Number 1 metallic airframe manufacturer and a leading supplier to the global aerospace Industry.

Ronen also serves as the Chairman of the subsidiary in Seattle, WA, USA. Ronen holds a BSc. degree in Computer Science from the Technion Israel Institute of Technology.