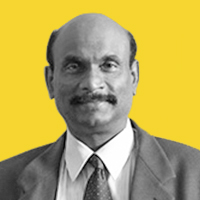 Suresh C. Senapaty is on the Board of Wipro Enterprises (P) Limited since 2013. and Wipro GE Healthcare Private Limited since 1995. He is also a Non-Executive Director of the company. He is the Chairman of Corporate Social Responsibility Committee and Audit Committee of Board of Directors and a member of Administrative & Shareholder/Investors Grievance Committee of the company. He is a Commerce graduate & a Fellow member of the Institute of Chartered Accountants of India (FCA).

Senapaty joined Wipro in 1980 after a stint with Lovelock and Lewis (PwC) and headed the finance function of the largest factory then in Wipro in Maharashtra. In 1982, he became the Chief Financial Officer (CFO) of Wipro Consumer Care, then the largest business of Wipro Limited. In 1992, he became the CFO of Information Technology (IT), the fast-growing businesses of Wipro. In 1995, He became the CFO of Wipro Corporation, heading the Finance function across IT, Consumer Care, Infrastructure Engineering, and Healthcare. He was a Member of the Board and CFO of Wipro Limited till superannuation in March 2015.

He is an independent non-executive Director on the Board for few companies and advisor to few organizations. He plays an advisory role for Premjiinvest. He is also a Non-Executive Chairman of CimplyFive Corporate Secretarial Services Pvt. Ltd. He is also the Non–Executive Member of the Boards on ITRAF – International Tax Research and Analysis Foundation, XBRL – eXtensible Business Reporting Language and Member – IFRS Global Advisory Council